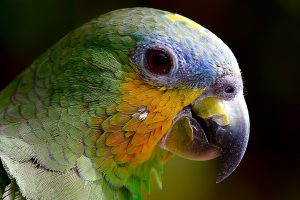 This morning I woke up with a small shadow of doubt. I was thinking of what I want to see happen in the fairly near future and how it seems almost impossible right now. And then I noticed how I felt, and how in that moment I was disconnected from my greatest joy and also from…

What I know to be the truth.

Life is a divine adventure

Life is a cosmic story, and we don’t get to see what’s going to happen next (even if we’re busy convincing ourselves that we do). So there’s no point in trying to figure out what will be based on what is!

Even if I fail…

Even if we fail, (as I have more than once in my life), it’s just part of that adventure, and I will rise when it’s time to rise – as did every one in the  Time To Rise real life stories.

It’s bigger than I

The best things in my life never happened because I tried to make them happen (even if they could include what I tried) – they just happened, out of the blue, in the most magical ways, as if life was saying: “Your vision was too small, honey, too limited. So here’s a gift that you didn’t even consider”

This  adventure is so much bigger then I can ever think of and in the “hands” of a creative power I can’t even begin to try to comprehend.

All I need to do is be present in it and do my best to live it wholeheartedly, and be and do what I know I’m here to be and do – today. I have nothing to worry about, really.

Now, this could be the end of what I wanted to share with you today, but it’s really the beginning!…and a way for me to explain why I feel like telling you a couple of stories – stories from real life. Are you ready? 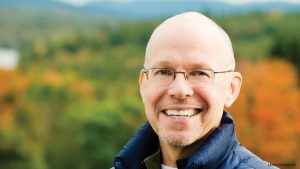 Once upon a time, in a country called The United States Of America, there lived a very wise man. He was a senior teacher at the largest residential yoga center in the country. Thousands of people came to him every year to ask him some of the most important questions we ever get to ask ourselves:

How do I come home to myself? And how do I found my true purpose, my calling?

Perhaps because of that, or maybe just because he felt stuck (yes, it happens to wise men too, not just you and me!), the question began to hunt him as well. Something in him was unfulfilled. Did he himself find his true purpose, his calling, his dharma? And, more importantly, was he living it?

He had to find out, and to do so he wrote a book. It’s called The Great Work of Your Life: A Guide for the Journey to Your True Calling

. When I heard about the book, even if I feel I’ve never been closer to my calling than now, I knew I just had to have it.

However, when it finally arrived, I only read the first sentence! I didn’t continue the reading until several days later. Why? Because that first sentence was a question that wasn’t easy to answer. This question:

What do you fear most in this life?

I pondered the question again and again, and along the way, it changed. It became:

What is your greatest fear?

It too time. Each time I thought I found an answer, there was a sense of… no, this is not my greatest fear.

Eventually, I found some kind of an answer. For now.

And also, another question:

What is your greatest joy?

This one was easy for me to answer. It is, after all, what my work is all about. But I was curious – how would other people answer it? So I asked as many of them as I could in a day.

So far, a hundred or so responded. And a vast majority of them responded with: “My children”.

I completely understand why that is the immediate feeling.

But if I got to talk with them, I would keep digging! As I will during the next Awakening To Joyful Living masterclass by the way.

Because there is an even greater joy. And it is important that we find it. And that brings me to another adventure! 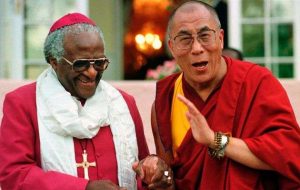 Once upon a time there were two holy men. One of them lived in South Africa. The other in India, although he was born in Tibet. They only met a few times, shortly, but they knew somehow that they were brothers.

As much as their hearts were young, their bodies were not. They were tired, and even ill. For that reason, and because there was such a demand for their presence in the world, they had very little time for themselves.

So you can imagine how special it was when they decided to spend a whole week together! They knew it would be not only the first but also most probably the last time in their life when they could experience that luxury.

In fact, it was so special that they decided to celebrate it by creating a gift for humanity.

A gift of joy

They invited an author to spend that week with them, and speak with them for that entire week, so that the conversation could be turned into a book. They called it The Book of Joy: Lasting Happiness in a Changing World

Now, this author (Douglas Abrams) wanted to ask them questions on the behalf of humanity, not just his own. So he asked as many people as he could in a very short time, what they wanted to know about joy. He received more than thousand questions! But guess what. The one question that most people asked was this:

How can I live with joy in a world filled with so much suffering?

The good news is that you absolutely can, and when you do you actually help alleviate the suffering in the world. We’re going to talk about that too during the masterclass.

One of the answers lies in the very understanding of what joy is. In Desmond Tutu’s words

“Joy is much bigger than happiness. While happiness is often seen as being dependent on external circumstances, joy is not”.

This is the greatest joy that I know. The joy that lives within me.

Maybe not all at once though 🙂 … Awakening is a gradual process and a journey, and I’m glad it is.

Would you want to know more?

Getting stuck on the spiritual journey?

3 Lessons and a liberating way
to SEE our obstacles 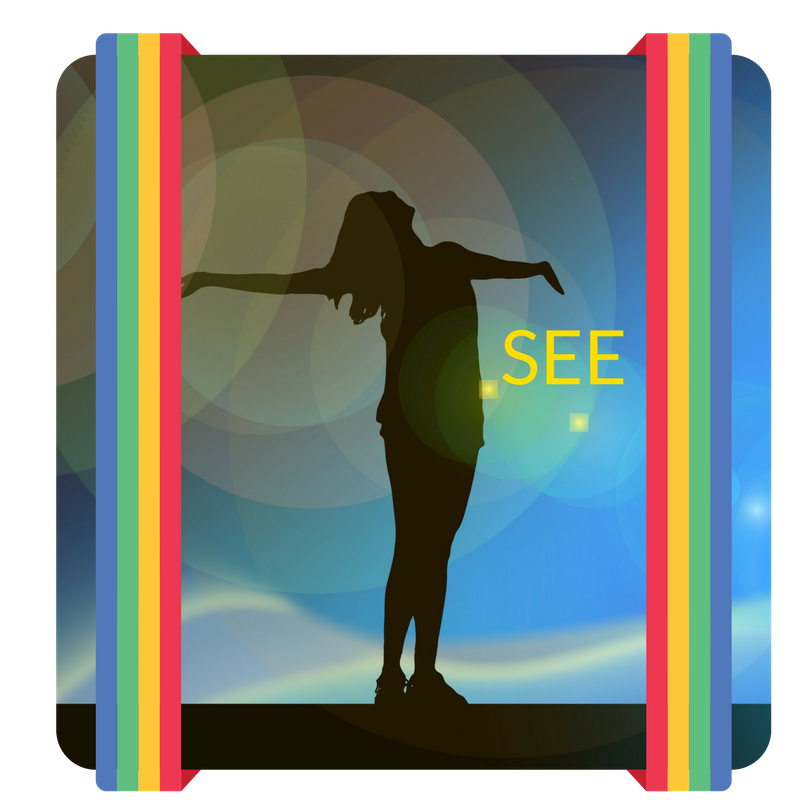 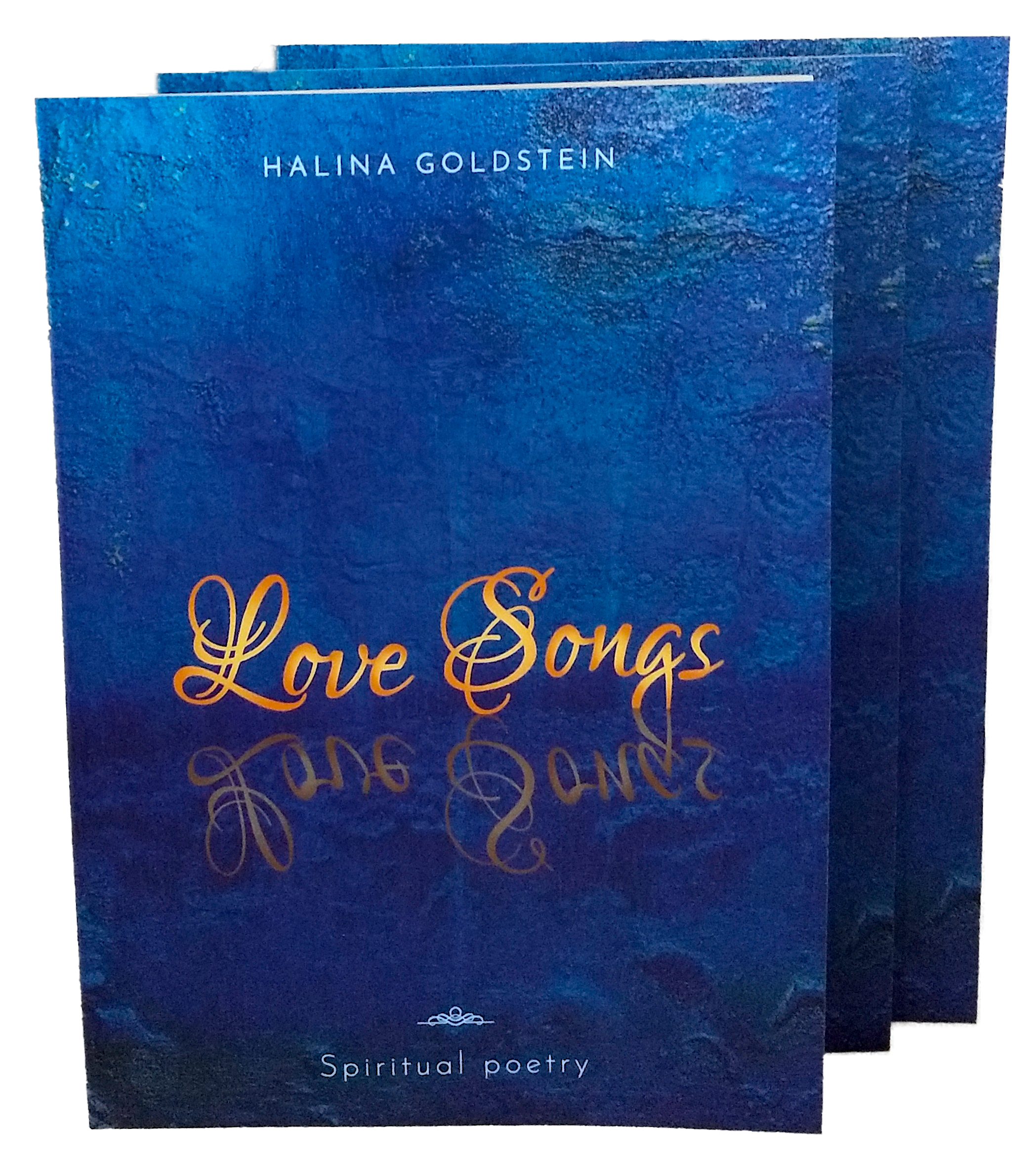 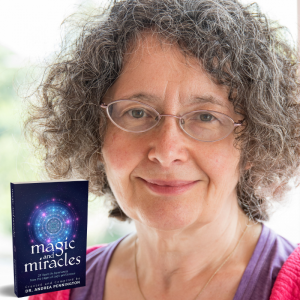